It’s hard to believe that today marks eleven years since the release of Eragon! That’s over a decade of dragons. Last year, a special 10th anniversary collector’s edition of Eragon was released to celebrate the book’s milestone. The book, which is still available, features a faux textured blue leather cover and binding complete with a new gold-plated book cover design and text. The interior of the book features a letter from Christopher discussing the journey to and after the release of Eragon, his influences, and the impact the series has had on his life. Perhaps most exciting, the book features six stunning illustrations from five world renowned fantasy artists as well as Christopher Paolini himself. You can learn more about the book on our special 10th anniversary collector’s edition page!

Eragon was originally self-published in 2002 by the Paolini family, but the widely-recognized edition of the book was first published by Random House Children’s Books in 2003. Random House first discovered Eragon thanks to the stepson of Carl Hiaasen, who purchased, read, and enjoyed the self-published edition of Eragon while vacationing in Montana. Hiassen’s stepson shared the book with the author who then shared the book with his editor at Random House. The rest is history.

The book’s early success and traction within the young adult community has been attributed to two things: the young age at which Christopher wrote Eragon and the inclusive and original style in which Eragon was written. Fan communities started popping up all over the internet shortly after the book’s launch, with Shur’tugal releasing not far after in March, 2004 (an earlier Shur’tugal release at the end of 2003 was scrapped following technical issues).

Because Shur’tugal launched shortly after the book’s release, we don’t have many pre-launch news stories to share with you. Instead, we have a preview of what Shur’tugal and the community looked like one decade ago: 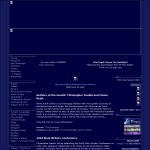 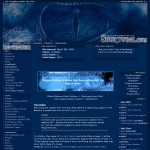 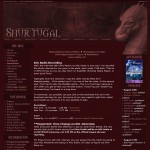 To help you journey back in time to get a feel for what the Inheritance community used to be like, here are some highlighted news posts from the website’s early days (just a few months after the release of Eragon):

To celebrate today’s milestone, here are some interesting facts about Eragon and the Inheritance Cycle:

We invite you to join us in celebrating the eleven year anniversary of the release of Eragon on this special day!

Now we ask: When did you first read Eragon? What is your favorite scene from Eragon? Do you remember your biggest theory for what would happen in Eldest? Let us know in the comments!