Stuck in the house with plenty of time on your hands but no activities to help keep you entertained? We’ve got you covered! And be sure to enter our giveaway below! DON’T MISS: Learn all about Book 5 of the Inheritance Cycle! Christopher Paolini released The Official Eragon Coloring Book in 2017, which features 40+
Read More 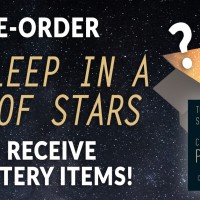 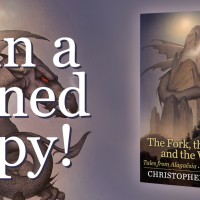 The Fork, the Witch, and the Worm has been out for a few weeks and we’re already itching for more… but there’s still a lot to pull from what we read in the first entry to the Tales from Alagaësia series: discussions, dissections, theories, and more! This post contains spoilers for events that take place
Read More 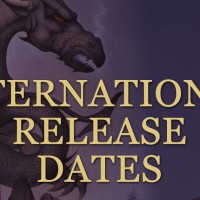 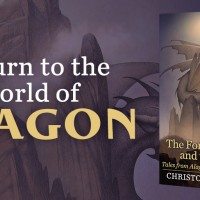 Christopher Paolini’s return to Algaësia is out now! The Fork, the Witch, and the Worm – Tales from Alagaësia (Volume 1: Eragon) is the author’s first foray into the world of Alagaësia since the release of Inheritance in 2011. And boy is it one heck of a return! Purchase your copy for $12! The Fork,
Read More 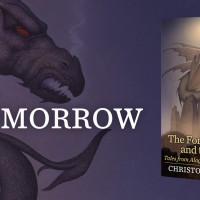 The Fork, the Witch, and the Worm, which releases tomorrow, is the first addition to the Inheritance Cycle since the release of Inheritance! The novel features three original stories set in Alagaësia, interspersed with scenes from Eragon’s own unfolding adventure as he struggles with an endless sea of tasks: constructing a vast dragonhold, wrangling with suppliers, guarding dragon
Read More 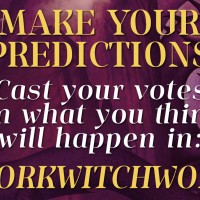 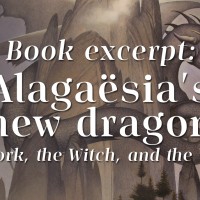 It’s time to meet a new Alagaësia dragon – well, new to us, but ancient in legends. Christopher Paolini recently shared an excerpt from his upcoming Cycle book, The Fork, the Witch, and the Worm – Tales from Alagaësia, and in it, we learn of Vêrmund the Grim and the destruction he unleashes on an Urgal clan. The
Read More 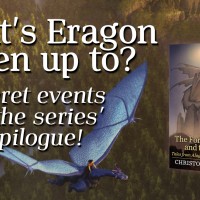 Inheritance may have ended the series with its released in November 2011, but many fans will be surprised to learn that new adventures in Alagaësia have been revealed since! The most notable addition to Inheritance Cycle canon came in the Deluxe Edition of Inheritance, which included an epilogue to the series, referred to as “Jeod’s Letter.”
Read More 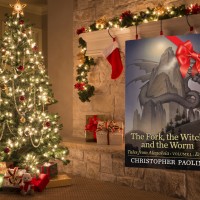 The Fork, the Witch, and the Worm is just a week away! While we all sit cozy around the fire waiting for Christmas, why not read join us on our quest to unwrap the mysteries surrounding the upcoming Alagaësia book? If you can’t wait for December 31st, you can read an incredible excerpt – Angela, Solembum,
Read More