Together with a talented fan and a local blacksmith, Christopher Paolini recently fulfilled the unique request of one Make-a-Wish recipient: to own a replica of Angela’s sword, Tinkledeath (Albitr), and a recreation of the enchanted necklace worn by Eragon!

For those who may not remember, Albitr, also known as Tinkledeath, is Angela’s enchanted diamond sword introduced in Inheritance. The herbalist described the weapon as “the ultimate embodiment of an incline plane,” and we saw proof of its destructive power as it cut through granite without issue. Like Angela, the sword’s history remains unknown, and details about the blade itself are scarce. She did however hint at the name’s meaning, stating that Albitr means “exactly what it sounds like”. 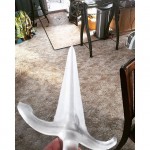 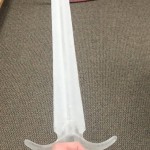 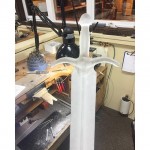 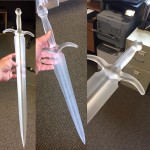 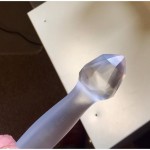 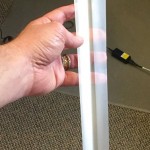 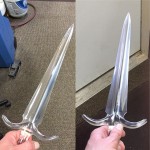 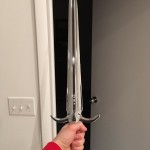 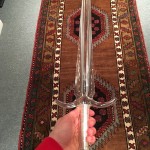 In addition to Albitr, Christopher provided the fan with a custom-made replica of the necklace given to Eragon by Gannel, chief of Dûrgrimst Quan and Eragon’s in Farthen Dûr. The silver necklace was shaped like a dwarven hammer and was imbued with magic to ward off any attempts at scrying the wearer.