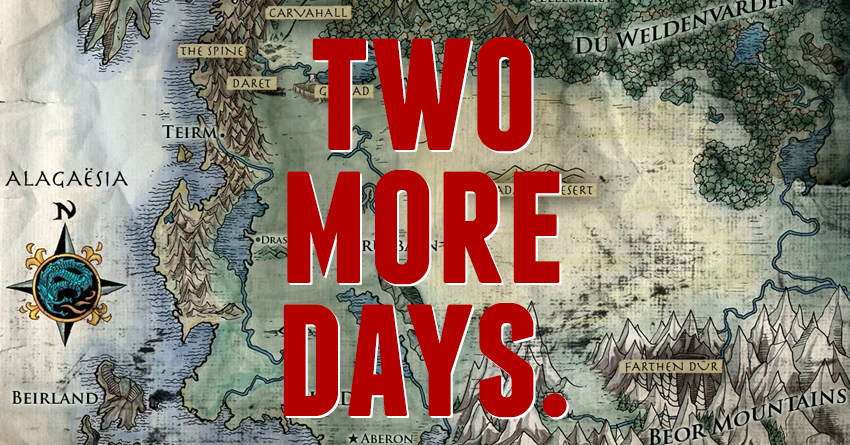 Christopher Paolini has been cryptically counting down to something big! The countdown is pointing to an announcement or reveal this coming Wednesday.

What exactly will be announced? It’s hard to say! The author is known for his vague answers and teasing “no comment” replies. He’s been careful to not spill the beans, but he’s eliminated one big possibility from the running – scifi book news:

Naturally, there’s some major speculation that the announcement could be related to Book 5 – a continuation of the story told in the Inheritance Cycle that the author has teased since releasing Inheritance in 2011. We already know a ton of information about Book 5, which you can view here.

One fan even made a tongue-in-cheek “true crimes”-style speculation image which he shared with the author on Twitter. It doesn’t reveal much (or anything, really), but it makes for a hilarious read nonetheless:

This is an appropriate level of hype and craziness. https://t.co/HNUfJob8On

What could Christopher be counting down to? We’d love to hear your ideas in the comments below!