Home
/
To Sleep in a Sea of Stars
/
Christopher is plowing through his re-write of his upcoming scifi novel, #TSiaSoS

Christopher’s hard at work on the rewrite of his scifi novel, still known only as #TSiaSoS. In his March update, the author revealed that he’s working through a round of rewrites to make some changes to the story. He stated that the work is going quickly, estimating that it shouldn’t take more than a few months.

It seems things have indeed been going quickly, as he’s been updating fans each time he finishes a chapter on Twitter, and boy is he going flying through re-writes! So far, the author has finished thirteen chapters (several of which appear to be massive), concluding the first part of his book (amount of total parts unknown) after the eleventh chapter.

Here’s a breakdown of his progress:

The gap between his April 9th and 20th updates was due to a break he was forced to take as a result of food poisoning.

Christopher posts a photo of each chapter printed out (also featuring one of his many knives). We’ve collected those images for those who may not use Twitter: 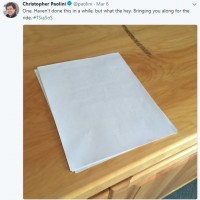 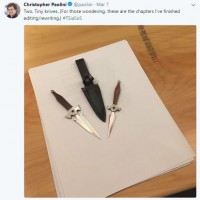 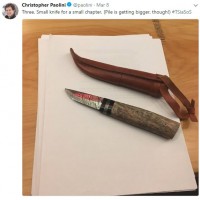 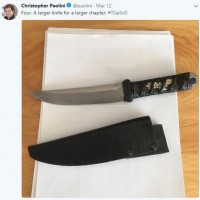 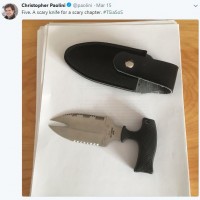 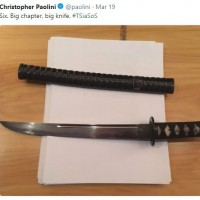 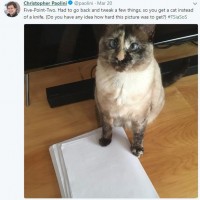 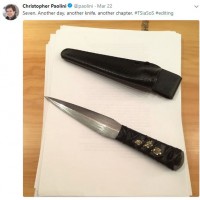 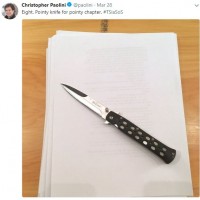 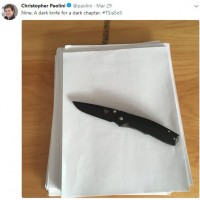 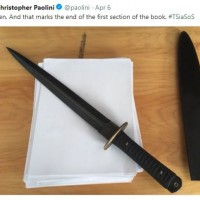 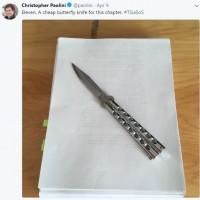 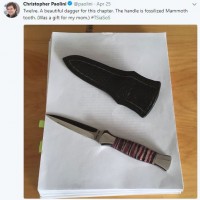 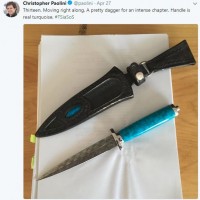