A group of Minecraft and Inheritance Cycle enthusiasts are working hard to accomplish the near-impossible: they’re bringing Alagaësia to life in a video game! Minecraft, to be specific.

The group has spent the better part of five years working tirelessly to recreate the world, while also adding new gameplay mechanics such as magic based on Christopher Paolini’s Ancient Language, the ability to ride dragons and much more. With no set story line, you can make your own choices and shape the future of Alagaesia!

Take a look at a recently rendered video exploring Carvahall, nestled within the heart of Palancar Valley and the Spine, in Minecraft Alagaësia:

The team is working to stay as close to the books’ descriptions as possible. In some cases, creative license is taken, such as when a location is mentioned (or only found on the map) but not described in the books. Occasionally, locations such as the Beor Mountains must be scaled down to fit within the confines of the server’s map. Still, even with these minor changes, “Minecraft Alagaësia” is an incredible recreation of Christopher Paolini’s fantastical world!

Interested in seeing more? Here’s a gallery featuring more of the land: 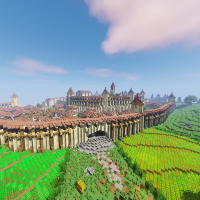 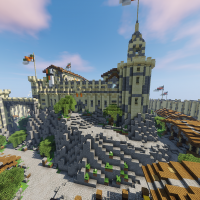 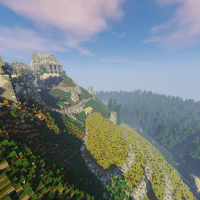 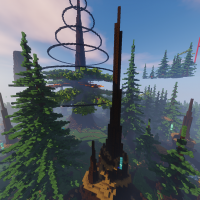 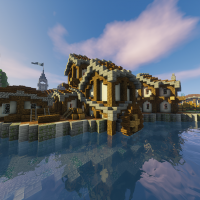 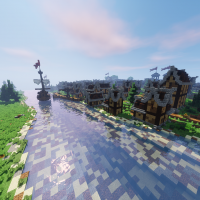 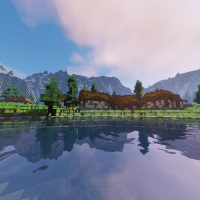 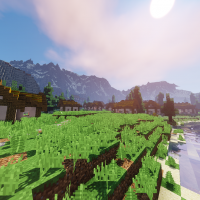 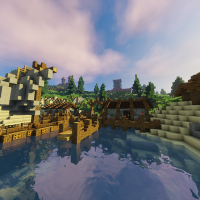 We’d also love to know: would you be interested in watching the Shur’tugal staff live stream as they play through and explore Minecraft Alagaësia? Let us know in the comments!

If you’re interested in becoming a member of the MCAlagaesia team, they’re always welcoming to new builders and terraformers. All you have to do is connect to the MCAlagaesia server using the IP “play.mcalagaesia.com” and enter the public build server. Then, build a medieval human, elven or dwarven themed plot. When you’re finished, submit it on the forums at submit.mcalagaesia.com. The staff will review it, and if they love what you’ve done, they’ll offer you a position on the team!