It’s rare for one artist to bring all of the Inheritance Cycle’s main characters to life in a stunning and unique way. Hundreds of talented fan artists choose to focus on one or several characters to capture a moment, mood, or idea in an illustration. The series’ official illustrators, including John Jude Palencar, have focused more on the Cycle’s dragons and less on the other characters who made the fight against Galbatorix a reality.

One talented artist, known as Eumenidi on DeviantArt, brought many of our favorite characters to life in an incredible series of illustrations. Showcasing her unique character design and illustration style, Eumenidi brought to life four of the series’ Riders with their respective book cover as a backdrop. Other illustrations include Nasuada during the Trial of the Long Knives, Elva watching over her, Roran protecting a pregnant Katrina, Angela pondering some of life’s more interesting questions, and Solembum in both human and werecat form. 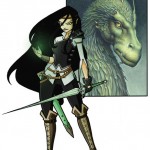 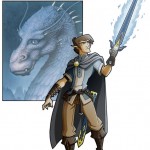 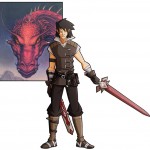 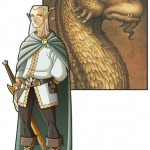 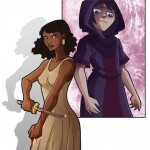 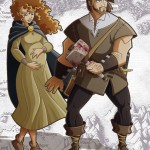 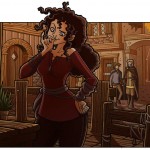 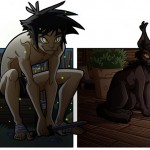 The illustrations also raise another interesting question: how would the Inheritance Cycle or future books fare as graphic novels? We recently showcased the same artist’s short graphic novel-style illustration series depicting the moment in which Eragon and Saphira visit Vroengard for the first time. Do you feel as though a graphic novel book set in the world of Alagaesia would bring new life to the series? Do you think an illustrator could truly capture the look and feel of the series?