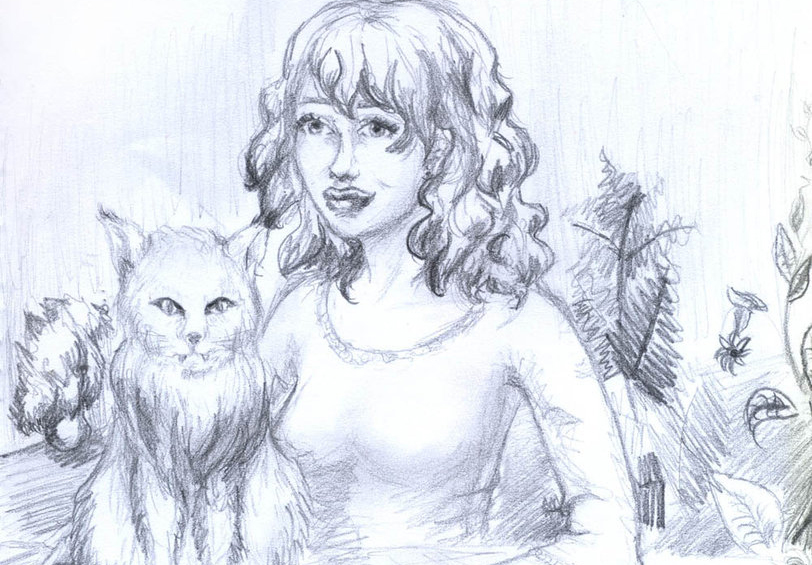 Angela the witch. Angela the herbalist. Angela the justwhattheheckisshe. Angela is a character of many names, faces, and abilities; and for all of her mysteries, two certainties remain: Angela will always sit atop fans’ favorite characters list, just as she will always top the lists of favorite Inheritance moments.

We first encounter the witch and her werecat companion in Teirm at the start of Eragon. The pair showcase their abilities of foresight by offering Eragon a unique glimpse into his own future. Angela explores the love and peril ahead of him, whereas Solembum offers Eragon several prophecies – some which have yet to come to fruition. The pair have made various appearances in the books since their grand entrance in Eragon, ranging from their room at Farthen Dûr to the battle of the Burning Plains.

But the events of Inheritance — from whispering her true name to the priests of Helgrind and being called Mooneater, to Tinkledeath and her disappearance after Inheritance — lead us to ask one major question:

What … or who … the heck is Angela the Herbalist?!

We want to hear your theories, thoughts, and ideas in the comments!