Games are a core part of the Brewfest celebrations, with new ones being added each year and the old, “historic” games spreading throughout the entirety of Alagaesia. While many of the games have evolved in the decades since they were first enjoyed by early Brewfest celebrators, the spirit of each game has remained intact. 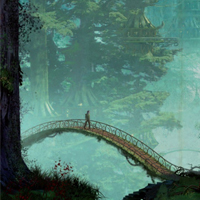 During the time of Brewfest, trees are undergoing their yearly autumn changes.  Leaves turn vibrant warm colors that paint forests in reds, oranges and yellows, before falling away to the earth to be recycled.  The elves in particular enjoy this time of change, and use their magical voices to “sing” trees into wondrous shapes to help celebrate the joyous Brewfest occasion.  Unique colors and formations such as dragons, animals and runes are some of the possible plant alterations. 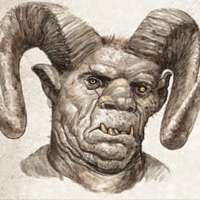 Urgal/Kull Arm Wrestling – Community shoutout to Joe Sealey for thinking of the Urgals!

One had better keep a safe distance when watching this game, as it can get quite rowdy!  Urgals love to display feats of strength, and this year’s first annual Brewfest is a great place to do that in front of a crowd.  In Urgal Arm Wrestling, two foes will face off for an excellent prize.  The two competitors will each sit facing each other with a huge keg of ale between them, placing their arms atop the keg and with one trying to pin the other’s arm down for victory!  The lucky winner will of course receive the great keg of ale as their prize and often will share the spoils with their opponent.  There are separate matches for Kull. 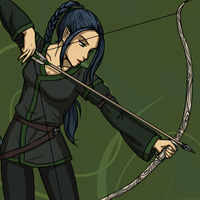 A fun contest involving all races of Alagaësia, this archery competition is fashioned specially for Brewfest.  At the various Brewfest gatherings, each party table selects one member to be the archer for their “team”.  The archers will then line up opposite of a row of kegs (one for each shooter).  The fronts of these kegs are covered in sheets of paper painted with a circle made up of six large dots.  Behind one of these dots is the tap hole for the respective keg, which has been corked.  Each keg has had its tap hole drilled behind a random target dot, so the goal for each Archer is to shoot quickly and accurately in order to find the tap and open it via the arrow!  Once that archer’s tap has been opened the remaining members of their team must hurry to fill their tankards with the ale from the keg and return to their seats and drink up.  The first team to “empty” their keg wins!  Note: The kegs may contain any of the other favored Brewfest drinks besides ale. 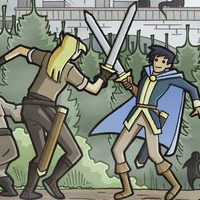 The Brewfest Cup – Community shoutout to Jessica Crack for suggesting a sporting event like lacrosse!

In the afternoon before a night of festivities, sporting fans like to gather for the Brewfest Cup!   Held on a wide grassy open field, this event is a chance for the races of Alagaësia to come together as teams to compete for the Golden Tankard prize.  Throughout the year leading up to Brewfest, citizens form up teams with one another and practice their games and tactics to give them a chance at winning the Cup.  The game involved is similar to a combination of lacrosse, field hockey, football (all types) and perhaps even Quidditch!  The teams will use various pieces of equipment, as well as their hands and feet to try and score a ball into the other team’s goal.  After a set period of time, the team with the highest score wins!  Teams will play each other in a single elimination tournament to determine the champion.  Fans are encouraged to wear scarves, cloaks, flags and shirts matching their favorite team’s colors!   The champions of the Brewfest Cup will receive the Golden Tankard trophy which will be awarded during the Brewfest feast later in the evening.