The cover for Christopher Paolini’s upcoming scifi novel has been revealed along with a new story description! The book, which you can pre-order now, will hit stores on September 15th, 2020! 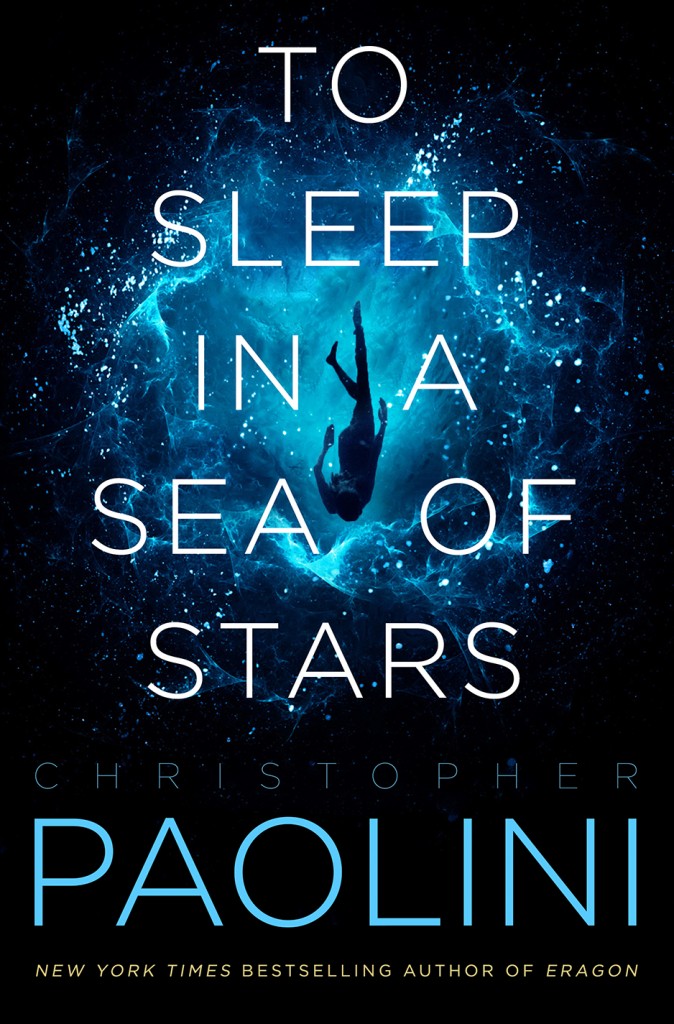 A promotional plot teaser was released with the cover:

Exploring new worlds is all Kira Navarez ever dreamed of doing. But now she has found her nightmare.

On a distant planet ripe for a colony, she has discovered a relic previously unseen by human eyes.

It will transform her entirely and forever.

She is alone. We are not.

There is no going back.

An initial plot description from the book’s announcement sheds more light on what we can expect from TSiaSoS:

Pre-order To Sleep in a Sea of Stars today!

Keep up to date with the latest Inheritance Cycle and To Sleep in a Sea of Stars news by following us on Facebook, Twitter, Instagram, or by subscribing to our newsletter!