Last week, the team behind Harry Potter released the official mobile roleplaying game, allowing fans to go on an adventure as a first year student attending Hogwarts. (There’s a reason we’re describing the game before getting to the Eragon stuff – stick with us!) 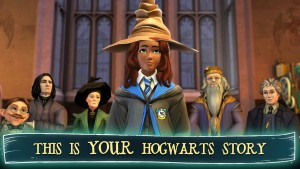 The adventure is everything a Potter fan could want. Players start off after receiving their Hogwarts acceptance letter, finding themselves in Diagon Alley, where players quickly make a new friend who helps them navigate the magical area in search of the items on the school list. During this time, players head to Olivander’s, where a wand chooses them before performing their first bit of magic – a system where you swipe across the screen in certain patterns.

Finally, players make their way to Hogwarts and are sorted into a house (of the player’s choosing). From here, the new Hogwarts attendee get settled in their common room, begin classes, and goes on Harry-esque adventures. The overarching storyline follows the player and a friend throughout their adventures during their first school year.

So why are we talking about a Harry Potter mobile game on an Inheritance Cycle website? Because it gave us a great idea for an epic Eragon mobile game – one that could and should be made: 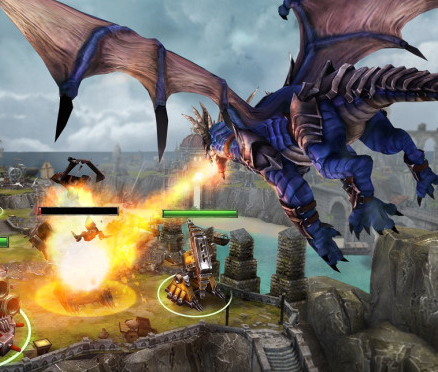 We’re following a similar formula with our idea, but tailored to the world of Alagaësia: the player being chosen as a Dragon Rider, heading off to Vroengard, and growing as a Rider alongside their dragon and peers, tutored by Vrael, Oromis, and other familiar faces from the series. Along the way, mysteries and quests would send you and your classmates/fellow Riders off to adventure throughout Alagaësia. The game would take place at the height of the Riders, long before Galbatorix enters the picture.

You may also enjoy: Concept art for the Eragon video game (true to the books)

Here are some specifics on how we see the game working:

Game introduction: Before beginning the game itself, you customize your character with two basic options: human or elf, which would unlock further customization options: facial structure, skin and hair color, height and weight. Following this, the game itself begins.

Becoming a Rider: You’re in your unspecified hometown when a group of Riders parade through, offering youngsters the chance to touch a dragon’s egg to see if you’re destined to be a Rider. At this point, you choose which egg to approach: there are eggs of varying colors on the screen, and the egg color you choose will ensure your dragon’s color after it hatches. Then… the egg chooses you! You’re now destined to become a Dragon Rider.

Off to Vroengard: Once you arrive on Vroengard, you’re assigned to one of two “halls,” where you live, eat, and socialize with your peers. During the day, you attend training at various locations throughout Vroengard, with a number of teachers in subjects ranging from the Ancient Language and diplomacy to weapons training and flying. Longer-period “research,” “building,” and “discovery” could help strengthen and educate your character over time without direct involvement (putting a resource into a book and waiting for “research” to complete, for example).

Physical combat: Mobile games come with a lot of limitations, and elaborate combat would be difficult to accomplish. Slashing a sword would require swiping the screen, stabbing would be tapping, and dodging would be another kind of swiping. Your physical combat would also be tied to a limit resource, such as stamina.

Because this proposed game would take place before Galbatorix’s rise, a number of enemies could be encountered throughout the game, including roving bands of Urgals, wild dragons, Snalglí, Fanghur, Nïdhwal, and other forms of encounters, such as quelling human rebellions before they begin.

Magic: This would require one of the largest deviations from the book in order to work as a mobile game. Rather than speaking words aloud, you would swipe in elaborate shapes across the screen to accomplish various feats of magic. The “spell” assigned to that shape or pattern would be “cast” when the movement is done correctly. A resource, such as stamina, would be depleted as more spells are cast, and spells would be limited to what you’ve already learned or researched on Vroengard.

Flying: This system would be relatively straightforward, allowing you to change directions and dodge obstacles/opponents by swiping and moving your finger across your screen. Having your dragon shoot flames would be as simple as pressing and holding down to sustain the flame (another limited resource).

Adventures and quests: At the core of the game, you, your dragon, and a friend made during your early training would sneak off at night to follow leads, clues, and gossip surrounding an ancient mystery on the island, and eventually, on Alagaësia’s mainland. This would be the heart of the game, as classes and training would likely get old fast. Discoveries made in the wild would add to your character’s strength, such as armor, new spells, and resource increases, like stamina.

Questing and adventuring is essential to every Dragon Rider’s training. Whether solving mysteries or visiting neighboring towns and cities on diplomacy and peace-keeping missions, the overarching story would largely play out in these scenarios.

We’ve compiled a small gallery of screenshots from other dragon-based mobile games that show various ways the game could be done: 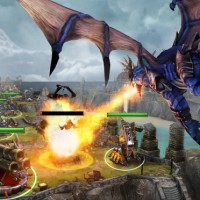 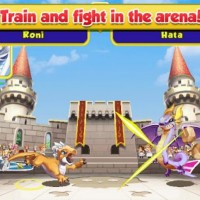 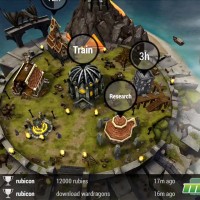 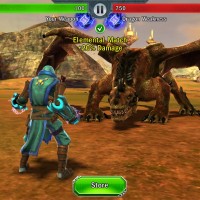 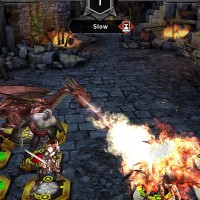 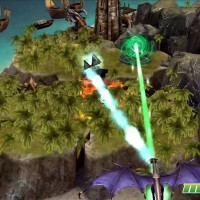 We have no news or even a hint that a mobile game could happen, so please keep that in mind. Still, it’s fun to let our imaginations run wild! We’d love to hear your ideas and suggestions in the comments below!