Why doesn’t anyone talk about Eragon the 1st‘s demise? For a character as important as the primordial Dragon Rider, there’s precious little information about who he was, what he was like, and his (presumed) death.

Aside from the brief history found in the Cycle, we’ve learned a few overall traits: we know he was probably compassionate – he raised a dragon in a time of great war – and wise, considering he chose to do this rather than smash the egg. These are details we may want to keep in mind when speculating about his possible identity as someone else (theories below!).

Christopher recently tweeted a cryptic hint about Eragon 1’s fate, rekindling the mystery behind the Rider’s presumed death and sparking new theories about what could have happened to the first Dragon Rider!

Huh. Yeah. It's funny how none of the stories mention what happened to Eragön. Wonder why that is? https://t.co/XL1mHpIwZB

Where is he now? Is he dead, alive, or somewhere in between? It’s fun to wildly speculate when you’ve not got very many facts at all, so below are some theories about where, or who, he could be now: 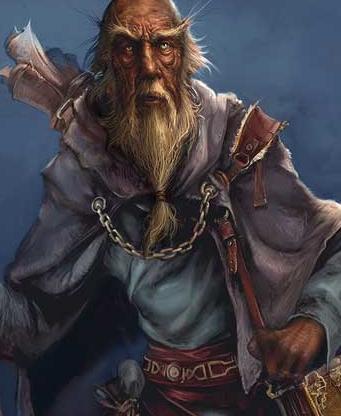 Tenga is an interesting, if unlikely, first choice – he’s wise, powerful, and incredibly enigmatic. Nobody knows (save perhaps Angela) who he truly is, what he’s doing, or why he’s doing it. We know from Jeod’s letter, included in the Deluxe Edition of Inheritance, that Tenga disappeared after killing several of Nasuada’s spellcasters:

The most serious altercation occurred when Nasuada sent four of her pet spellcasters to find a magician—a hermit by the name of Tenga—whom Eragon discovered while traveling alone in the wastes between Helgrind and the Burning Plains (as described in one of my earlier reports). However, the spellcasters never returned. At Nasuada’s request, Arya and Fírnen went to investigate. They found the four lying dead outside the elven watchtower where Tenga had been living and Tenga fled to parts unknown. As of yet, naught else has been heard of him, which is worrisome. The situation bears close attention.

Given this information, there are a few things leading us to be skeptical about the theory: would the first Eragon, an elf and Rider who sought peace between two warring races, so easily kill others to escape questioning? On the flip side, if he is Eragon 1, we could understand not wanting to risk others discovering that identity.

We also think that given the initial meeting between Eragon and Tenga, if the hermit was in fact Alagaësia’s first Rider, we’d have seen some sort of acknowledgement or discovery there (unless, of course, the Rider is so old that he’s been driven completely mad…).

Tenga was also Angela’s teacher and mentor. The witch is one of the most powerful and mysterious beings we’ve encountered thus far in the series and we can only assume that the person who taught her – Tenga – would have to be just as powerful, if not more so. Does it get more powerful than a Rider? Hmm…

A small drawback to this theory: Tenga appears to be a human (although how hard would it be to change ears? Eragon 2 did it as well…).

When Umaroth bade Murtagh farewell in Inheritance he gave him some advice, including staying away from the barrows of the Urgal king and El Harím, a place which seems to be Elvish in name (it has a similar suffix to Sílthrim). If anyone was to know Eragon 1’s location, it’d be Umaroth. Is it because the area is dangerous, or because the area is hiding someone or something? Perhaps this is where Eragon 1 retired?

That the Spine was the actual spine of an ancient/dormant dragon was one of the most popular theories early on in the fandom. It didn’t come to fruition in the Cycle but was never disproven, so it’s still in play. For a dragon to be that massive – so massive that its spine, or a large part of its body, forms an entire mountain range – it’d have to be quite ancient. Could this be the resting place – final or otherwise – of Eragon 1’s dragon, Bid’Duam?

Ok, so this is admittedly a ‘wide’ theory. But if there’s anywhere that Eragon and a potential gargantuan dragon could hide, it’s in the wide, intractable lands of most-of-Alagaësia. It’s also possible that he’s resting up in areas off the familiar map of Alagaësia seen in the books, such as to the north, as Du Weldenvarden continues, or the east, where Eragon and company headed at the end of Inheritance. If he isn’t specifically stated to be dead, he could be anywhere. Watching. Waiting. Knitting.

This would be fantastically amusing… but pretty unlikely.

I think that things are probably more subtle. Christopher’s writings are full of mystery and riddle, and I think this could be too. I think (and this is purely instinct) that Eragon 2 must have had something to do with Eragon 1 somewhere along the line, perhaps in objects he’s owned or encountered. I’d like to see the Belt of Beloth the Wise, or even the ring Aren, be somehow related or connected to Eragon 1. It would create a nice link to the events detailed in the Inheritance Cycle.

We’d love to hear your theory! What do you think? Do you have any wild and wonderful theories about where or who Eragon 1 (and his dragon) is? Post in the comments section and let us know!