Christopher Paolini’s upcoming scifi novel is fast approaching! The author is wrapping up his final edits and has sent the completed manuscript to his agent, who loved it. The author will now work with a publisher to get the book to fans as soon as possible.

What should we do in the meantime? Well, Christopher has recommended three incredible scifi books to get us excited, each of which helped inspire his latest project! 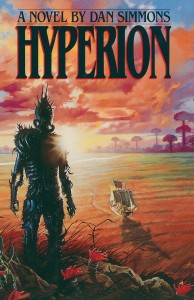 Here’s what Christopher has to say: “An epic space opera full of stunning locations and thought-provoking action.”

About Hyperion: “On the world called Hyperion, beyond the law of the Hegemony of Man, there waits the creature called the Shrike.  There are those who worship it.  There are those who fear it.  And there are those who have vowed to destroy it.  In the Valley of the Time Tombs, where huge, brooding structures move backward through time, the Shrike waits for them all.  On the eve of Armageddon, with the entire galaxy at war, seven pilgrims set forth on a final voyage to Hyperion seeking the answers to the unsolved riddles of their lives.  Each carries a desperate hope–and a terrible secret.  And one may hold the fate of humanity in his hands.” 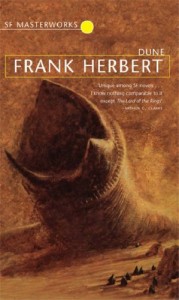 Here’s what Christopher has to say: “Dune showed me the scope and scale that imaginative fiction could have.”

About Dune: “Set in the far future amidst a sprawling feudal interstellar empire where planetary dynasties are controlled by noble houses that owe an allegiance to the imperial House Corrino, Dune tells the story of young Paul Atreides (the heir apparent to Duke Leto Atreides and heir of House Atreides) as he and his family accept control of the desert planet Arrakis, the only source of the “spice” melange, the most important and valuable substance in the cosmos. The story explores the complex, multilayered interactions of politics, religion, ecology, technology, and human emotion, as the forces of the empire confront each other for control of Arrakis.” 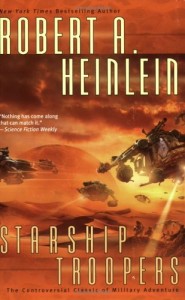 Starship Troopers by Robert A. Heinlein

About Starship Troopers: “Juan Rico signed up with the Federal Service on a lark, but despite the hardships and rigorous training, he finds himself determined to make it as a cap trooper. In boot camp he will learn how to become a soldier, but when he graduates and war comes (as it always does for soldiers), he will learn why he is a soldier. Many consider this Hugo Award winner to be Robert Heinlein’s finest work, and with good reason. Forget the battle scenes and high-tech weapons (though this novel has them)–this is Heinlein at the top of his game talking people and politics.”

***Checking out the above books on Amazon by clicking on the links in their title and book cover directly supports Shurtugal.com, helping us pay the bills and enabling us to continue creating content. Thank you for your support!
Are you planning to give any of these books a read? If so, which? Let us know in the comments!
Tags: christopher paoliniDuneHyperionNovelScifiScifi BookScifi ProjectStarship Troopers
Previous Post

Eragon in Other Media: Could Eragon work as a TV show, miniseries, or animated movie? (Part one)

Enter for a chance to win any item from the Shur'tugal Shop! [Ended]