The blades of Alagaësia’s many Dragon Riders helped accomplish some of the greatest – and most wicked – deeds, from the salvation of many to the death of Riders’ at the Foresworn’s hands. Zar’roc and Brisingr both played crucial roles throughout the series, and Galbatorix was all the more formidable with Vrangr, the white sword formerly belonging to Vrael, at his side.

We put together brief descriptions for each of the blades that made an appearance in the Cycle. Below you’ll find a poll where we ask you to vote for your favorite Rider sword. You’re free to make your decision based on a variety of factors, such as appearance, bad-assness, and its great or evil deeds.

One talented fan created 3D renderings of many of Alagaësia’s Riders’ swords: 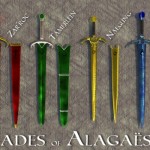 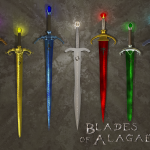 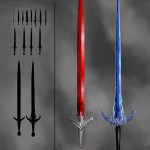 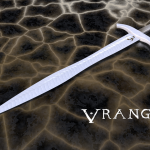 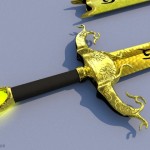 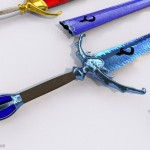 Be sure to vote and spread the word! We’ll post a summary of the results once we close the poll! Let us know in the comments why you voted for the sword of your choice!