Home
/
Fans
/
Fan Art
/
“Be careful, Eragon” — A look at a pivotal moment in the relationship between Eragon and Arya

Artists and fan artists alike are renowned for their ability to bring the heart and emotion conveyed in text to life through illustrations, as is the case with the following piece of story-driven fan art we’re introducing today. 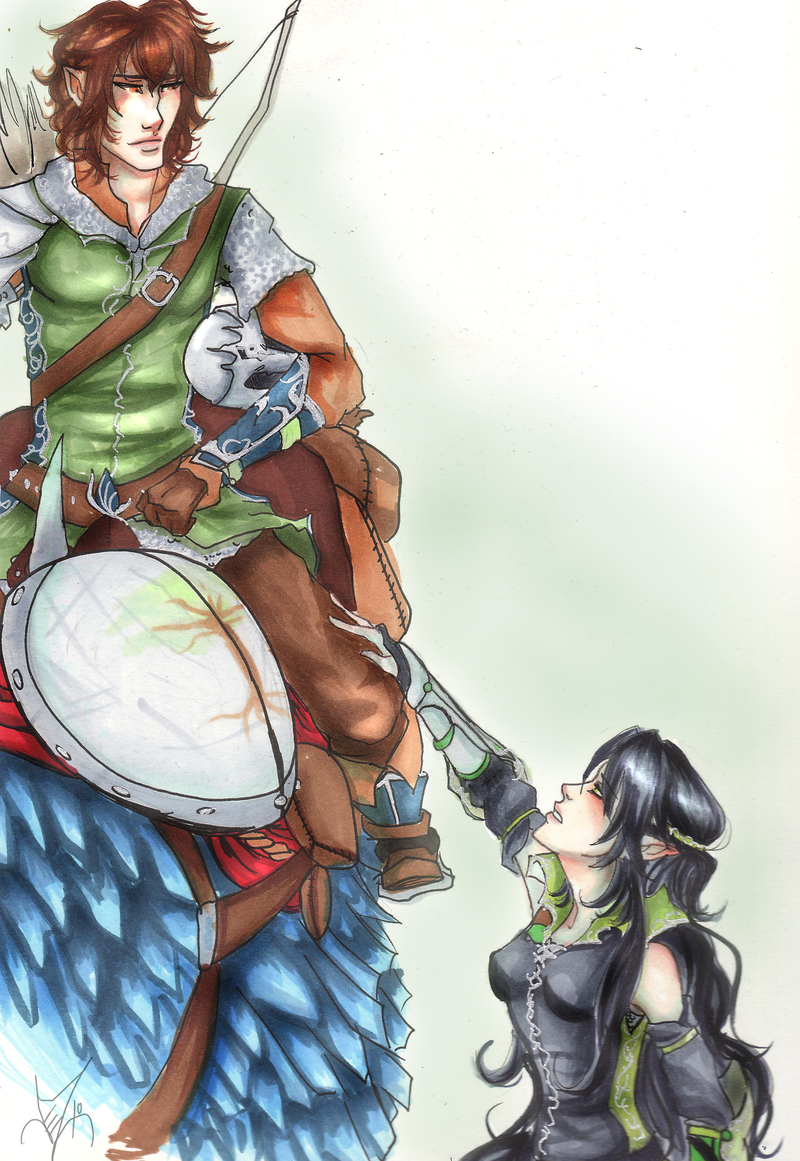 Christopher knew what he was doing: he showed that there is more to the bond between Eragon and Arya than debt and friendship. Instead, Arya shows that she truly cares for Eragon, Saphira, and their well being. DeviantArt artist Elizalento managed to capture the emotion of this moment in a touching illustration.

Do you think this truly was one of the first moments in the Inheritance Cycle where Arya showed affection toward Eragon? Do you think Christopher will continue their relationship in Book 5 and beyond?