Christopher Paolini has made no secret of the fact that he wrote much of Brisingr by hand — a impressive feat when considering the book’s task when you consider the ~250,000 words that make up the book’s 763 pages. While writing the book, the author kept the same blotting pad — a large pad used to blot the ink from his many fountain pens. From chracter sketches to doodles — and even a random “Brisingr!” — the blotter gives us an interesting glimpse into the mind of a pen-and-paper writer working on an epic fantasy novel:

This is the blotter I used when writing Brisingr by hand. twitter.com/paolini/status…

Christopher was kind enough to tweet a number of close-ups, showing off the blotter’s varying contents, which we’ve assembled into a gallery for easy viewing: 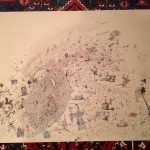 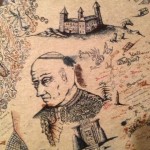 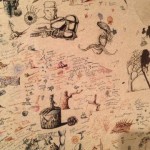 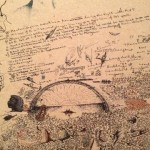 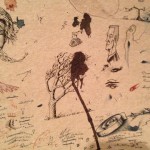 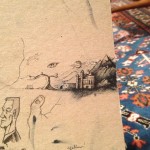 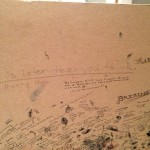 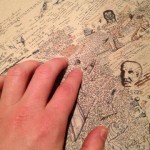 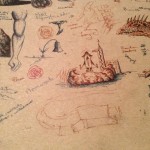 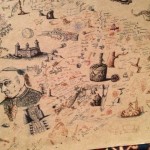 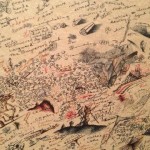 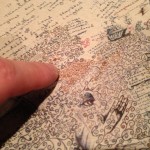 Replying to a fan who asked about the mustached man in one of the sketches, Christopher replied:

.@samuebeck91 The guy with the mustache is the leader of the soldiers Eragon and Arya ran into on their way back to the Varden in Brisingr.