Angela the Herbalist: Greyfolk? Time Lord? Werecat Rider? Carmen Sandiego? Angela’s endless source of power, mystery, and hilarity has won over the hearts of thousands of Inheritance Cycle readers. She has a knack for appearing at the most random of times throughout the series, seemingly always aware of Alagaësia’s most important events. Who could have predicted during
Read More
As readers, we’re constantly on the hunt for new worlds to adventure through! With no new Cycle books on the immediate horizon (but Book 5 coming some day!), Inheritance fans are left hungering for new reads. What better of a way to discover new books than through fellow fans? We’re asking you to share your favorite books
Read More
Last week we asked fans to decide the community’s favorite main character. The results were surprising! The poll is still open, so if you haven’t already voted, be sure to defend your favorite main character after participating in this week’s poll. With main characters out of the way, it’s time to determine the community’s favorite
Read More
The Inheritance Cycle’s dwarves speak a rough, hearty language drawing from their earthen nature and an ancient culture. Their words come from the gut and are full of uvula-wiggling phrases and a whole bunch of rolling r’s. For the first time ever, readers can determine the extent of their dwarf language chops with our new quiz… Head on over to our
Read More
The Inheritance Cycle is filled to the brim with lovable, bad-ass main characters. It’s hard to choose a favorite, but we’re asking you to do just that! We’re letting Eragon, Saphira, Arya, Murtagh, Roran, and the rest battle it out to see who wins the title of the Inheritance Cycle fan community’s favorite main character!
Read More
Bringing the world of Alagaësia to life is no small undertaking, taking Christopher over a decade to build the world and write the series. Now, a team of gamers and building enthusiasts are pulling Alagaësia from the page and into the popular video game, Minecraft! The video game gives players the ability to create buildings
Read More
Murtagh has always been a fan favorite among the pool of Inheritance Cycle characters, and as such has spawned a wealth of incredible fan art over the years.  We’ve had the opportunity to discuss many of these pieces of art, dissecting the traits and struggle of Eragon’s half brother due to the vacillation of his
Read More
We’re excited to announce the release of the latest addition to our collection of Inheritance Cycle galleries: fan tattoos! Dozens of Cycle fans have decided to have their favorite characters, symbols, and quotes tattooed on their bodies. The pieces are beautiful, moving, and fun to view. We’ve compiled all of these tattoos into one comprehensive gallery and will
Read More 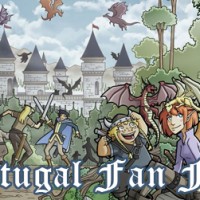 We are excited to announce the launch of Shur’tugal Fan Fiction, the ultimate archive of Inheritance Cycle fan fiction stories! Aspiring writers and Inheritance fans now have an outlet to read, write, and enjoy stories by fans, set within Eragon’s universe. Itching for Book 5? You can enjoy fan-written stories set within Alagaësia while you
Read More 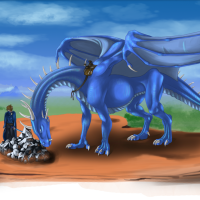 Past the blackened peaks of Helgrind and across the glassy span of Lake Leona lies an incredible epitaph for a legendary Dragon Rider.  Upon a cliff, encased in a cocoon of diamond, is where Brom the Rider was laid to rest during the tragic events of Eragon. Both Eragon and Saphira left their marks of
Read More