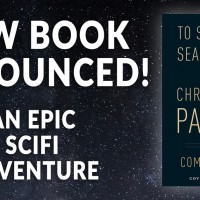 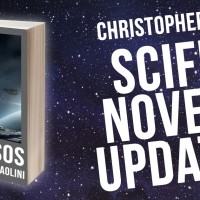 Christopher’s hard at work on the rewrite of his scifi novel, still known only as #TSiaSoS. In his March update, the author revealed that he’s working through a round of rewrites to make some changes to the story. He stated that the work is going quickly, estimating that it shouldn’t take more than a few
Read More

It’s been a while since the last update from Christopher on the progress of his scifi novel, referred to by the author as #TSiaSoS (a code-name, not the final title!). Today, Christopher took to his official blog to discuss where things stand with the project! The biggest news is that Christopher is working on another
Read More 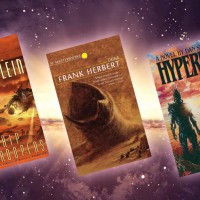 Christopher Paolini’s upcoming scifi novel is fast approaching! The author is wrapping up his final edits and has sent the completed manuscript to his agent, who loved it. The author will now work with a publisher to get the book to fans as soon as possible. What should we do in the meantime? Well, Christopher
Read More 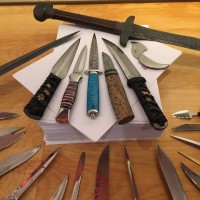 Big news in the world of Paolini: Christopher has officially finished the first draft of his science fiction novel! The new book has been a work-in-progress since 2012/2013, beginning with nearly ten months of planning and research. While working on the manuscript, Christopher regularly shared progress updates, including photos, as he completed new chapters. Christopher
Read More
Christopher Paolini is no stranger to giving fans hints, teasers, and small revelations. Last Wednesday, Christopher revealed his first “spoiler”/hint regarding his upcoming sci-fi novel: “61 Cygni A” on his personal Twitter account. How? He updated his Twitter location to the star system and let fans know that the location update was all they’d be
Read More
It has been three years since the release of Inheritance, the final chapter in Christopher Paolini’s Inheritance Cycle, and fans are clamoring for information on Christopher’s next big project – be it set in the world of Alagaesia or in an entirely new universe. With nearly three years to embark on new projects behind him,
Read More