by Mike Macauley
in Fractalverse
0 0
0

Last month, Christopher Paolini announced the upcoming release of his next scifi novel, Fractal Noise! The second book set in the Fractalverse is a prequel to his scifi debut, To Sleep in a Sea of Stars, released in 2020. 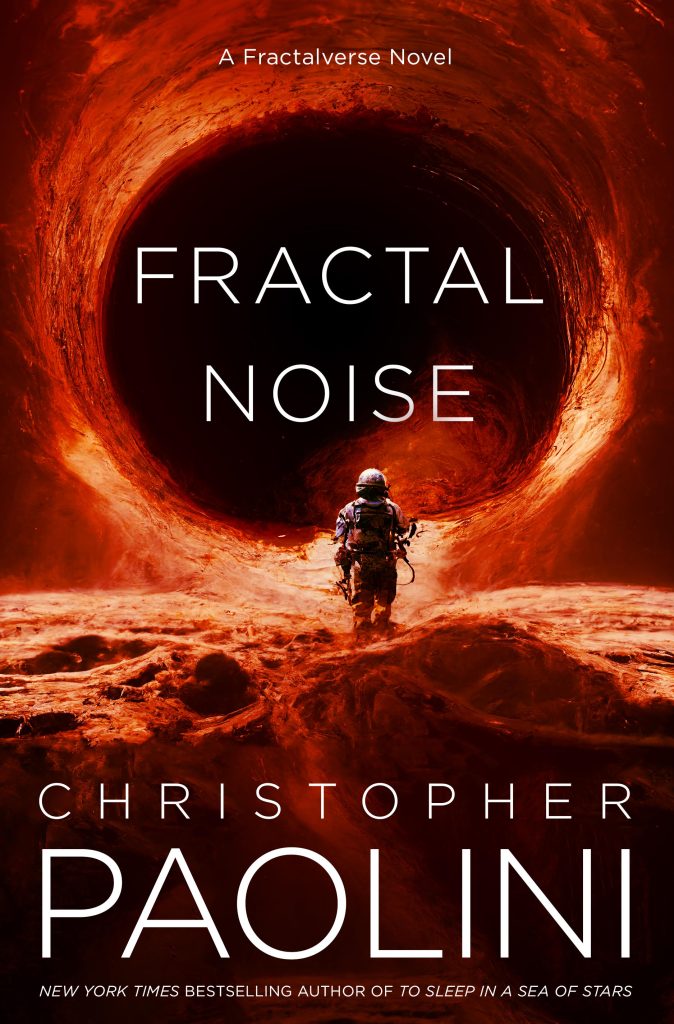 Fractal Noise is set to release on May 16th, 2023, and readers are in for a ride! This time, we’re headed to the past – twenty-three years before the events of To Sleep in a Sea of Stars – in what promises to be a tense thriller about first contact. Here’s the book’s synopsis:

On the seemingly uninhabited planet Talos VII: a circular pit, 50 kilometers wide. Its curve not of nature, but design.

Now, a small team must land and journey on foot across the surface to learn who built the hole and why. But they all carry the burdens of lives carved out on disparate colonies in the cruel cold of space. For some the mission is the dream of the lifetime, for others a risk not worth taking, and for one it is a desperate attempt to find meaning in an uncaring universe.

Each step they take toward the mysterious abyss is more punishing than the last. And the ghosts of their past follow.

Christopher elaborated on the novel in a press release announcing the book:

Fractal Noise is a fever-dream of a novel. A stark, wind-whipped excursion into a hostile land where minds and bodies fail, and each person must decide whether they have the strength to keep moving forward in the face of overwhelming adversity. Of course, that’s not what it’s actually about, but you’ll have to read to find out more. Fractal Noise is, perhaps, the most personal story I’ve written, and I’m excited to finally share it with you.

The book will release on May 16th, 2023 in North America and the United Kingdom! An official book cover will be released some time in the future.

No other international release dates have been announced, but as with all of his books, more will be released in the future! We’ll keep you updated as we learn more.

Pre-order the book now on Amazon to be the first to receive a copy!