Inheritance Cycle readers have been clamoring for years for a graphic novel adaptation of the series, and thanks to one talented fan, we’re able to read the entire prologue in comic/graphic novel form!

As the opening to the series, “Shade of Fear” has stuck with many of us as one of the best scenes in the entire Cycle. The pivotal moment sets the events of Eragon’s rise and Galbatorix’s demise in motion, encouraging a dormant Saphira to finally hatch and a worthy savior to arise from an unlikely village.

Wind howled through the night, carrying a scent that would change the world. 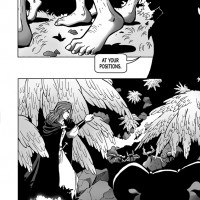 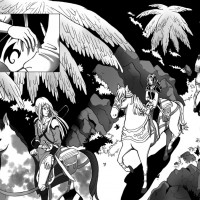 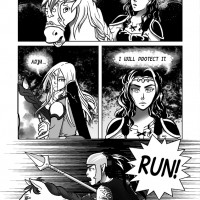 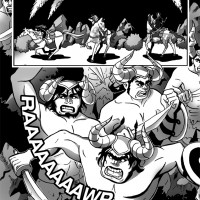 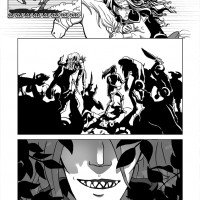 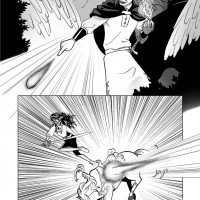 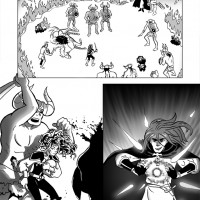 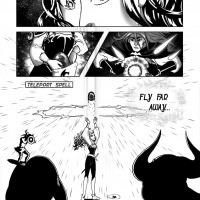 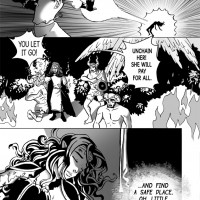 Seeing such an incredible adaptation renews the conversation Inheritance Cycle fans have been having for years: we’re ready for a faithful adaptation in any form. A comic or graphic novel would make a fantastic companion to the series, leaving all kinds of opportunities on the table: a serialized release, a complete graphic novel for each book, or even an animated show or anime.

With the source material existing already, and in such detail, a project like that would (presumably) require little oversight from Christopher, allowing him to focus on his current projects, including his scifi novel, while the comic or graphic novel was brought to life.

Of course, another adaptation we’d love to see is a redo of the Eragon movie! Maru’s graphic novel version of Shade of Fear shows that staying true to the book’s source material has the potential to create a beautiful visual narrative. Imagine that as a live action, big budget film (removing all images of the Eragon movie from your brain). It would be incredible!

The comic was illustrated by Maru Exposito, an artist who has her own ongoing comic, Windy Lightning, the first chapter in the Believe in Fake Magic saga. You can read the first chapter of her comic and see more of her artwork on her website, MaruExposito.com!

Would you like to see the entire Inheritance Cycle as a graphic novel? Let us know in the comments!