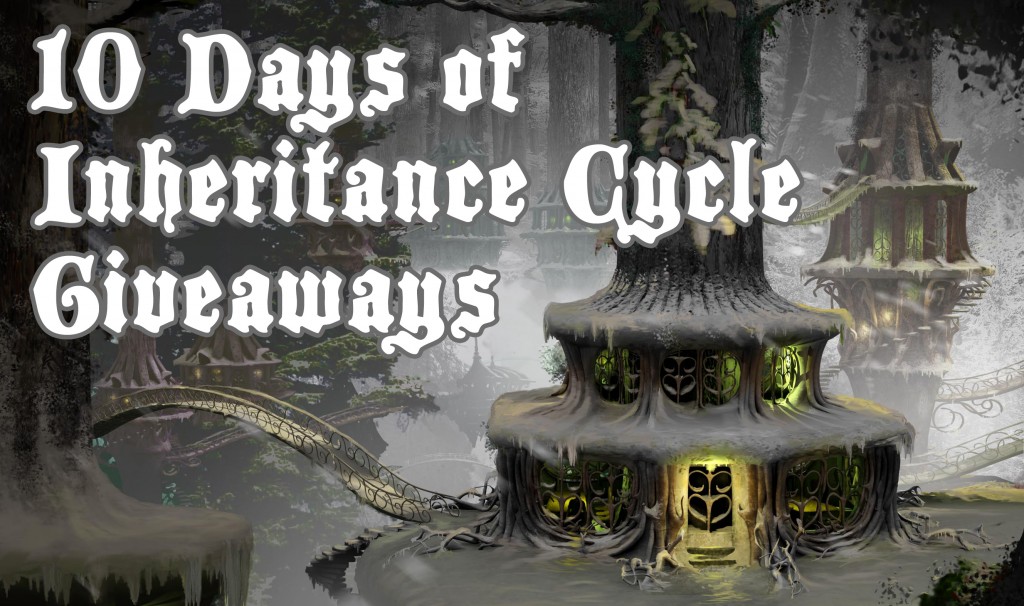 Last year we ran the incredibly popular “Twelve Days of Inheritance Giveaways,” offering up autographed books, art, and other Inheritance Cycle goodies for fans around the world. This year, we wanted to help ease the post-holiday blues by throwing a few more gifts your way!

A new giveaway will release each day, now through January 10th, with prizes including autographed books, art, and other items! All readers (even those outside of the United States!) are eligible to participate.

Visit this post each day to see the new giveaways, or follow us on Twitter, Facebook, or Tumblr for reminders! Our final giveaway will be released on January 10th, and entries for each will close on January 18th at 11:59pm MST. Winners will be announced on January 20th.

How to enter: Each giveaway offers a variety of options to enter, including following us on Facebook and Twitter, sending out a tweet, and subscribing to our newsletter. Don’t have any social media accounts? Don’t worry! There’s a mandatory option requiring you to provide us with your mailing address so that we may ship your prize in the event that you do win. Providing us with this information will gain you one entry per giveaway.

Fine print: Why do we ask for your mailing address? Simple: we don’t want to encounter any issues contacting winners. In the past, our emails haven’t been received, were missed, or were sent to spam, often resulting in us having to choose new winners. This method ensures that all winners receive their prizes. Once the giveaways have ended, all collected information (including email addresses and physical addresses) is permanently deleted.