Bringing the world of Alagaësia to life is no small undertaking, taking Christopher over a decade to build the world and write the series. Now, a team of gamers and building enthusiasts are pulling Alagaësia from the page and into the popular video game, Minecraft! The video game gives players the ability to create buildings and entire worlds block-by-block, similar to Legos, and includes various adventuring mechanics.

The talented team has one unified goal: create a replica of the Cycle’s world for readers to adventure through, explore, and eventually, live as Dragon Riders. The world will be filled with all of the towns, cities, and landmarks from the books, and will feature accurate geography. The complete map will be hosted on a server for readers to freely explore. Eventually, plugins designed and developed by the team will add new gameplay mechanics such as magic based on Christopher’s Ancient Language, the ability to ride dragons, and much more. With no set storyline, fans can make their own choices and help to shape the future of Alagaësia!

The project, named MCAlagaesia, is perhaps one of the most ambitious Minecraft projects ever started. The total surface area of the map is 70,287,360 blocks (70.3km²), and the new version of the map, currently under construction, is almost three times the size at 200km².

MCAlagaesia started out as a private server among a group of friends. After realizing the scale of the project, a public server was established to allow other Minecraft players to contribute. Almost 600 people have joined this public server, and the official build team has grown to encompass over 30 talented individuals.

The team is sticking closely to descriptions provided in the Inheritance Cycle, as well as using information from the Inheritance Wiki. Creative license is taken in certain circumstances, such as when locations are only mentioned briefly or not at all in the books, or the limited size of the map prevents the team from creating true-to-life scale cities. Fortunately, some of these problems will be solved by the new, larger map. Furthermore, smaller locations such as Edur Ithindra, the ruined elven outpost inhabited by Tenga, are placed strategically around the map to provide interesting places for players to visit, even if they are not necessarily mentioned in the series or visible on the map.

The MCAlagaesia team has provided us with a series of screenshots and renders from within the game: 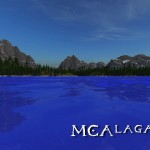 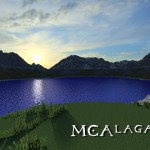 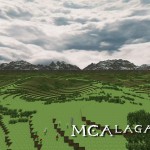 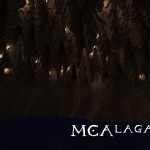 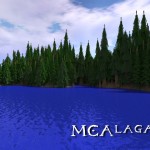 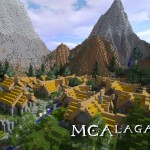 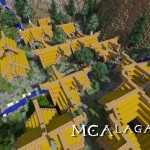 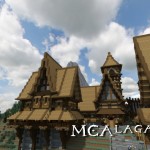 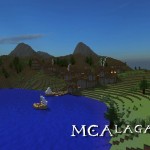 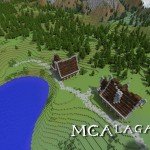 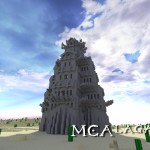 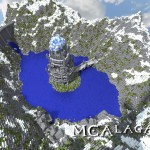 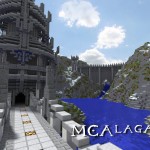 We’ll keep providing updates on the MCAlagaësia team’s progress as they bring the world to life! For more information, follow the team on Twitter at @TheMCAlagaesia!