Home
/
Inheritance Cycle
/
Become an expert in the Ancient Language and Dwarvish with this week’s “Language Week” on Paolini.net! 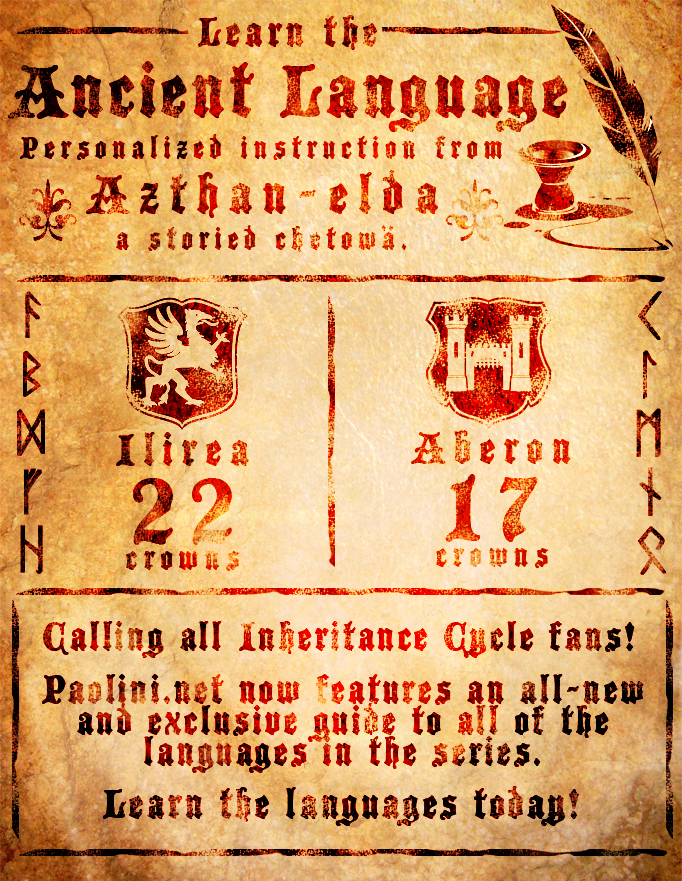 To kick off 2015, Christopher Paolini is releasing a whole host of new Inheritance Cycle content as part of Paolini.net’s “Language Week”! Up first: he has released the entirety of the Ancient Language dictionary and Dwarf Language dictionary, both featuring everything you’ll need to read, learn, and master these two Alagaesia-based languages, including grammar rules, language to English translations, and English to language translations.

As big Inheritance Cycle fans ourselves, we’ve decided to take this massive amount of exciting content and turn this month into “Language Month”! On week three, the true fun will begin:

Be sure to head over to Paolini.net to begin navigating your way through these two languages, their guides, and their dictionaries to prepare for the quizzes and competitions ahead!