Home
/
Fans
/
Fan Art
/
Murtagh as you’ve never seen him before: this beautiful piece of art helps us understand and explore the polarizing character

Murtagh is perhaps the most conflicted and polarizing character in the Inheritance Cycle. For many, Murtagh represents oppression, struggle, and even a little bit of evil. He has always been a fan favorite, and his disappearance at the end of Eragon was devastating for the Inheritance community. His reappearance at the Battle of the Burning Plains was shocking, both because he was alive and because he was now a Rider… on Galbatorix’s side. His shy and innocent demeanor in Eragon was replaced by antihero qualities in the future books, representing a changed and, perhaps, broken Murtagh.

Murtagh’s inner struggle is apparent throughout Eldest, Brisingr, and throughout most of Inheritance. It isn’t until his encounter with Nasuada, resulting in his affection toward her continuing to grow, that we truly began to see Galbatorix’s hold over Murtagh crack. During the final battle and the last pages of Inheritance, Murtagh shows that he and Thorn are in the process of redeeming themselves and rediscovering who they are after they broke free from Galbatorix’s grasp.

One fan artist – AnnaHollinrake on DeviantArt  – beautifully captured her interpretation of Murtagh and Thorn as they appeared prior to the Battle of the Burning Plains. The illustration shows a mature, confident Murtagh and a young Thorn. Although the artist took some liberties with his armor, it isn’t hard to imagine that this is how Murtagh would have appeared in the books. 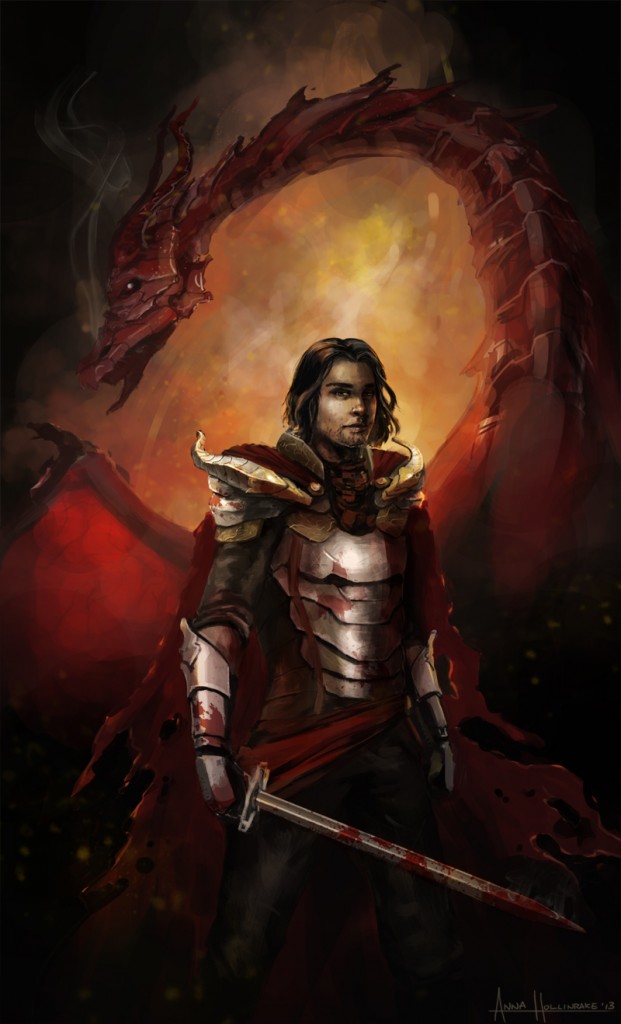 “I’m not the person I once was. I have Thorn now, and . . .” Murtagh hesitated; then his shoulders rose and fell in a tiny shrug. “I’m not fighting for myself anymore. . . . It makes a difference.” He took a shallow breath and winced. “I used to think you were a fool to keep risking your life as you have. . . . I know better now. I understand . . . why. I understand. . . .” His eyes widened and his grimace relaxed, as if his pain was forgotten, and an inner light seemed to illuminate his features. “I understand— we understand,” he whispered, and Thorn uttered a strange sound that was half whimper and half growl.

We aren’t sure what the future holds for Murtagh and Thorn, but we hope that they are able to find themselves as they far from the home they’ve known since both were born.

Now we ask: As a reader, are you willing to forgive Murtagh? What do you think is in store for Murtagh and Thorn as they leave the known parts of Alagaesia? Do you think the pair will return in Book 5 or other future Alagaesia books? Let us know in the comments!