Today marks nine years since the release of BRISINGR, the third book in the Inheritance Cycle! In 2008, the year Brisingr released, the series was finally known as the Inheritance Cycle! This announcement was first made on October 30th, 2007, with the book’s title, release date, and cover was being announced on January 16th, 2008.

Upon its release and in the years since, Brisingr has gone on to sell millions of copies and mark a permanent spot on the book shelves of many fantasy and young adult fans. It was an exciting but agonizing three years leading up to the book’s release as announcements were made containing the book’s title, cover, page count and more, as well as hints at spoilers, lots of interviews, and even more rumors! The biggest shock came when a fourth book in the series was announced, leading to excitement that the series would have even more adventures, but shock at the realization that we’d have to wait for another book to find out what happens to our favorite characters!

Interestingly, Brisingr released with two John Jude Palencar-illustrated covers: the first is the most familiar profile portrait of Glaedr, released in North America. The second cover, used overseas (Spain, Asia), is a front-facing portrait of Glaedr: 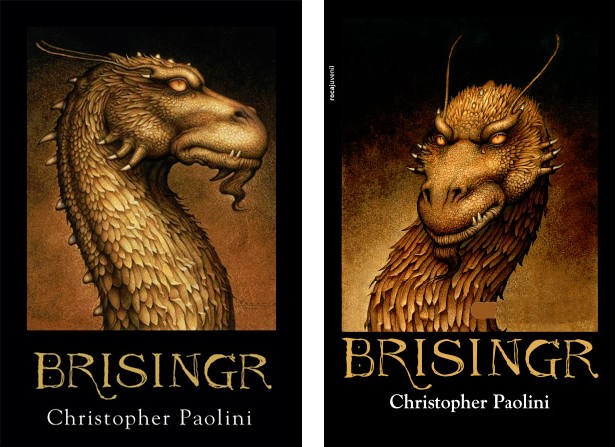 We’ve compiled some of the best news and articles from before and after the release of Brisingr. These articles will take you back in time to witness the excitement fans experienced as all of these announcements were made and as Brisingr reached previously-impossible milestones.

We invite you to join us in celebrating the six years since the release of Brisingr on this special day!

Now we ask: What is your favorite scene from Brisingr? Do you remember your biggest theory for what would happen in Brisingr? Did you purchase the book at a midnight release? Let us know in the comments!