Every fan can agree that the scene in which Saphira hatches for Eragon and the pair become bonded is hands down the most iconic scene in the Inheritance Cycle. One artist, Eumenidi on DeviantArt, decided to illustrate this scene in a piece titled “Awakening”: 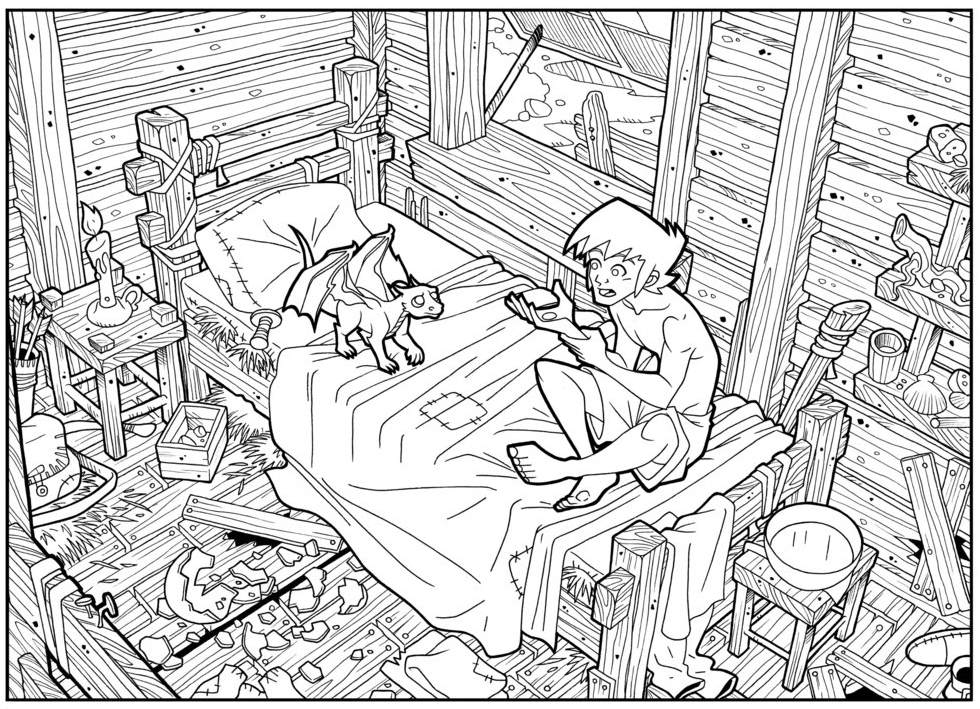 While in a style we rarely see associated with official artwork from the books, we feel as though this illustration captures the look and feel that one would experience if they were in Garrow’s home. It’s aged, beat up, and run down, but it feels like home, which is why Eragon must have had such a hard time parting with it after it was burned to the ground by the Ra’zac.

Some fun Easter eggs can be found in the illustration as well: Eragon’s shelf containing all of the items he’s collected, his quiver in the bottom left corner, the gedwëy ignasia on his palm, the broken egg shell fragments on the floor, and his dinner in the bottom right corner.

We recently posted artwork showing the moment in which Arya and Firnen became bonded, a scene that was missing in Inheritance. We highly recommend checking it out!