Grimrr Halfpaw — “King of the Werecats, Lord of the Lonely Places, Ruler of the Night Reaches and He Who Walks Alone” — was first introduced to readers in Inheritance. His character is as mysterious as readers have come to expect from the elusive race of werecats, offering up little information about himself other than his immediate disdain for Angela and Solembum and his race’s allegiance in the war against Galbatorix and the Empire.

“[T]hrough the doorway strode Grimrr Halfpaw in the shape of a human, trailed by four other werecats, who padded close behind him on large, shaggy paws. […] Grimrr, however, looked unlike any person or creature Eragon had ever seen. At roughly four feet tall, he was the same height as a dwarf, but no one could have mistaken him for a dwarf, or even for a human. He had a small pointed chin, wide cheekbones, and, underneath upswept brows, slanted green eyes fringed with winglike eyelashes. His ragged black hair hung low over his forehead, while on the sides and back it fell to his shoulders, where it lay smooth and lustrous, much like the manes of his companions. His age was impossible for Eragon to guess.”

DeviantArt artist ImCarla worked on a character study, hoping to capture the likeness of the King of the Werecats before finally illustrating her final interpretation of the character in color. To the delight of fans, Christopher Paolini commented on the final illustration as being “very close” to what he imagined the character to look like, allowing us to finally realize Grimrr’s human form: 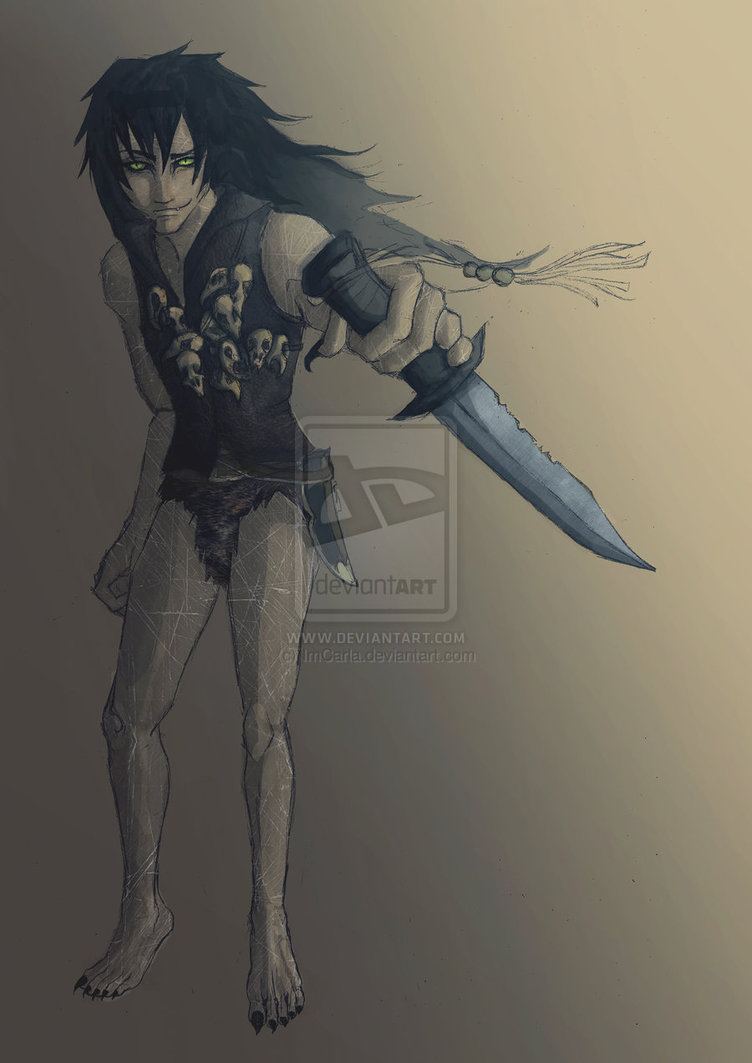 ImCarla also offered a glimpse into her character study process, which included many iterations of the character’s eyes, body, and face: 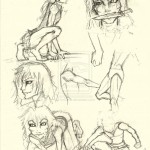 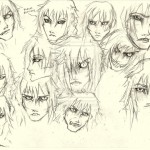 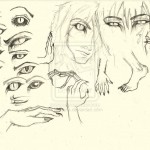 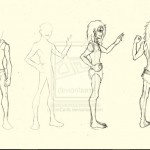 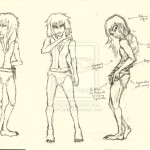 So now we ask: Is this how you imagined Grimrr Halfpaw?