Home
/
Inheritance Cycle
/
10th Anniversary of Eragon
/
Today is ERAGON DAY! Celebrate the true 10th anniversary of the publication of Eragon with us! #Eragon10th 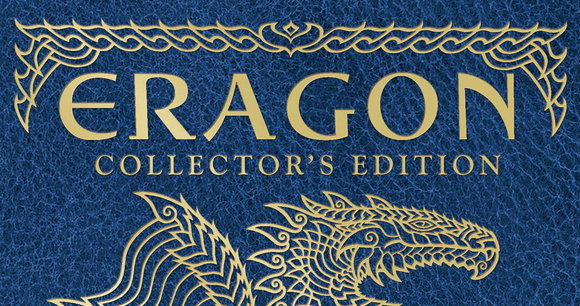 Ten years ago today — August 26th, 2003 — ERAGON was officially published by Random House Children’s Books. Eragon was Christopher Paolini’s first novel, and although it wasn’t the first time the book was released (Eragon was originally self-published by Christopher and his family), it was the first time that the book debuted in an edited form, complete with the iconic John Jude Palencar painting of Saphira!

Fast forward ten years and Eragon, along with the rest of the books in the Inheritance Cycle, have gone on to sell over 40 million copies world wide. The book was also adapted into a major motion picture and published in 125 countries in 49 languages.

On behalf of Shur’tugal and the entire Inheritance Cycle community, we’d like to wish Christopher, his family, and the entire “Eragon team” at Random House a huge congratulations for their hard work, dedication, creativity, and their unwavering commitment to the fans and this great community for the past ten years! Here’s to a great second decade!

To mark the occasion, we’re giving away a signed copy of the 10th Anniversary Collector’s Edition of Eragon! To enter the giveaway, simply be a resident of North America (sorry, international fans) and follow the directions below. Every fan will automatically receive one entry by entering via email below, with the option to gain additional entries into the raffle by following us on Facebook and Twitter, and tweeting about Shur’tugal being back! (If you’ve already “Liked” us on Facebook and “followed” us on Twitter, be sure to click those options in the giveaway boxes so that you still receive your bonus entries!)

Our winner will be announced in this post on August 31st!