We’ve got a round-up of the latest Christopher Paolini appearance information, which includes a video from his recent appearance at FantasyCon, where he headlined the convention as a panelist before participating in an audience Q&A session and book signing; the final Facebook fan page interview, where Christopher answers a few fan questions; a B&N video session where Christopher discusses his favorite fantasy books; and a Random House Audio Books blog-post detailing Christopher’s visit to the audio book recording sessions for Inheritance with his editor, Michelle Frey, and audio book narrator Gerard Doyle! Videos and pictures are available after the jump!

This video showcases Christopher’s panel appearance and book signing, as well as interviews with fans in attendance!

In the first of the final two videos, Christopher Paolini discusses whether or not he’ll ever write about the Fall of the Riders, his inspiration to write a fantasy novel with dragons, and advice for aspiring authors:

In the final fan answers video, Christopher talks what he feels when he reads fans’ theories, who the green dragon is (which he obviously will not answer), his feelings about Lord of the Rings, and where his inspiration comes from:

Christopher sat down with B&N to list and discuss his favorite fantasy books!

Lastly, Christopher visited the Random House Audio Books recording session for Inheritance (Book 4) during a recent trip to NYC, where he recorded an interview with his editor, Michelle Frey, and audio book narrator Gerard Doyle. The RH Audio Books team blogged about his visit, also promising an interview with Christopher coming soon. You can read the full visit account on their blog. 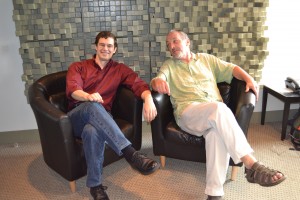 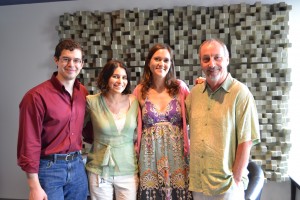