Home
/
Inheritance Cycle
/
Inheritance
/
“Big Twenty” – The Rock of Kuthian and Vault of Souls: Where and What Are They? We’ve Got Answers!

The Big Twenty is Shur’tugal’s twenty week long series of in depth discussion and theorizing, all centered around twenty core questions, loose ends, and theories in the Inheritance universe. The Big Twenty is the ultimate fan guide to happenings in Book 4 — and we hope you’ll join us for the adventure! To learn more about the Big Twenty, view our announcement article.

What and where are the Rock of Kuthian and the Vault of Souls? These questions have been with us since the start of Eragon, when the werecat prophecy was first delivered to our hero — and readers — in a mysterious way. Fans have been left debating the Rock and Vault’s existence, whereabouts, and uses for nearly eight years. With Inheritance (Book 4) around the corner, it appears as though we may finally receive some answers. Before then, however, we may be able to unveil some of the mysteries surrounding the prophecy’s words, including where they are and what they may be hiding. Keep reading for our article exploring the mysteries — and revealing some answers — surrounding the Rock of Kuthian and Vault of Souls! 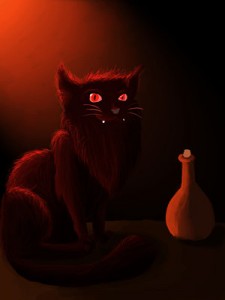 The Rock of Kuthian and Vault of Souls were introduced to Eragon during his first meeting with Solembum the werecat, Angela the herbalist’s companion. Eragon was one of few Solembum has ever chosen to communicate with, which Angela notes as being rare and special. At the end of his visit in the herbalist’s shop, the werecat spoke with Eragon to deliver the following prophecy:

“Listen closely and I will tell you two things. When the time comes and you need a weapon, look under the roots of the Menoa tree. Then, when all seems lost and your power is insufficient, go to the Rock of Kuthian and speak your name to open the Vault of Souls.”

We have learned that Solembum’s prophecy was not all fun and games as the first part of his advice proved to be invaluable to Eragon in Brisingr. Eragon and Saphira were able to locate the only remaining piece of brightsteel under the roots of the Menoa tree – steel they used to forge his new Rider sword, Brisingr. Any doubt lingering in readers’ minds as to the validity of Solembum’s statements vanished; clearly this information is accurate and important.

Doing a Bit of Research

Eragon has since spent much of his time pondering the Rock of Kuthian and the Vault of Souls. Despite the Rider’s best efforts, the whereabouts and true nature of the two places mentioned in the prophecy continue to elude him.

While the Rock and the Vault have remained on Eragon’s mind, the young Rider has had to focus his thoughts, effort, and energy on more present and troubling matters, such as his training, battles and politics. This has left little time for Eragon and Saphira to actively pursue leads on what the prophecy revealed; however, Eragon has chosen to confide parts of the prophecy in two elves whom he trusts implicitly in hopes that either of them may be aware of information which could help him and Saphira learn more about the Rock, Vault and their whereabouts.

Eragon first asked Ayra, princess of the elves, to discover if she knew anything about the mysterious locations. Arya was able to offer the pair little little information. She was able to reveal that the name struck a familiar chord within her mind, though she was unsure why. This information may be relevant.

Eragon later asked Oromis, a former Elder among the Riders turned Eragon and Saphira’s trainer, what he knew of the Rock of Kuthian. Oromis revealed similar information to what Arya offered: while he was unable to offer any specific information, he did recognize the name as if he had encountered it before. The Elder suggested that Eragon search his collection of scrolls in hopes of discovering more information, though doubted he would find any mention of the Rock. Oromis’s feeling of remembrance yet lack of any real memories of the name is fishy when combined with Arya’s similar feelings.

What does this mean for readers and Book 4? Well, probably not much more than it did before. We’ve always known that the Rock of Kuthian and Vault of Souls would likely play a large role in the fourth book, though any lingering doubts have since vanished. The fact that the Vault of Souls, which has been with us since the start of Eragon, is being used as the final book’s subtitle underlines just how important its discovery and what is contained within will be for the story. We now know to expect big things from this mysterious Vault.

Just What the Heck Is It? 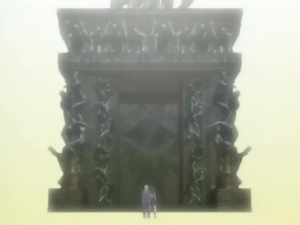 We could leave it there, but we’re fans – of course we’ve thought about this — too much! We personally enjoy three key theories, each of which attempts to explain or understand the Rock of Kuthian and the Vault of Souls in their own unique way.

The most popular theory is that the Vault of Souls is a large, hidden cache of Eldunari – possibly belonging to the wild dragons or the good Riders prior to the fall.

A second theory relates more to why the Rock of Kuthian and Vault of Souls are never mentioned and remain unknown to Alagaesia’s inhabitants. Are they possibly related to the magic that stripped the Forsworn’s dragons of their names?

The third theory popped up during an episode of the Inheritance Cycle Book Club and explores the idea of the Rock of Kuthian possibly being a sentient being… an ancient dragon or guardian.

The Vault of Souls – A Hidden Cache of Eldunari?

We feel this is very likely. It’s a fan-favorite theory and one that makes the most sense within the context of the story. We know that Eragon’s power as it currently stands cannot hope to match that of Galbatorix and Murtagh’s, largely due to the enormous amount of power that the Eldunari they hold captive provides them. To compete, Eragon will need Eldunari of his own – or something just as powerful.

The problem is that we do not know of anything as powerful as a hoard of Eldunari. Eragon will have the aid of Glaedr’s Eldunari in battle, however it’s safe to say that even the power of the ancient and wise golden dragon will pale in comparison to the combined power of Galbatorix’s Eldunari collection.

Many interpret “Souls” to mean the Eldunari – essentially a dragon’s soul, its core essence. But if the Vault of Souls truly is a collection of Eldunari… where did they all come from, and why were they kept together? Likely reasons include the collection of Riders’ Eldunari prior to the Fall of the Riders, possibly hidden amongst the ruins of Vroengard Isle. Others suspect that the Vault of Souls may be where the Eldunari of wild dragons were sent after their death, guarded in secret against forces of evil seeking their power.

But Why Can’t They Remember the Names? 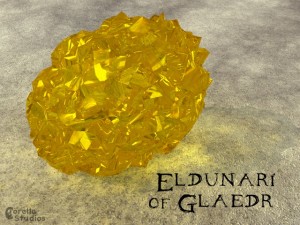 Both Oromis and Arya struggled to remember the name of the Rock of Kuthian, yet both acknowledged an odd feeling at the back of their mind as if they knew of the Rock at one point in time. We know of one similar situation, where people are no longer able to remember names which were once common knowledge: Du Namar Aurboda, or the Banishing of Names. Learning of the Forsworn dragons’ betrayal, the then-living free dragons banded together to strip the Forsworn dragons of their names and true names. The names were stripped from memories and existence — people were no longer able to recall or refer to these dragons by their names.

It’s curious that Christopher included this bit of history in Brisingr. While interesting, one must always consider that a piece of history or information was included in a prior book as a reference or building block for future plotlines. Could Christopher have included this bit of knowledge to lay precedence for magic that would have seen the Rock of Kuthian and Vault of Souls suffer the same fate — having their names stripped or hidden by magic?

Why would someone have performed this? It’s likely that the Riders or remaining wild dragons would have wanted to hide the Vault of Souls from Galbatorix and the Forsworn. Recognizing that their days were numbered, either group could have banded together to hide the Vault of Souls — especially if what it contains is as valuable as we believe, such as a cache of Eldunari.

However, if this was done — how were Solembum and Eragon able to recall and discuss these names? It’s an interesting theory with fairly strong roots within the book. Could it be accurate?

Is Kuthian an Ancient Guardian?

One final theory worth noting is likely the most outlandish theory of the three. This theory was originally submitted by a listener of the Inheritance Cycle Book Club podcast series. The reader believed that the Rock of Kuthian could be named after an ancient guardian — Kuthian — who rests in wait, guarding the Vault of Souls. “Speak your name to the Rock of Kuthian” — is Kuthian at this rock? Alternatively, is Kuthian the Rock itself? Could the Rock be an ancient dragon tasked with guarding/protecting the Vault of Souls against those who wish to seek out what it contains?

While we won’t learn the true meaning, location, and use of the Rock of Kuthian and Vault of Souls until November, it’s very likely that we are on the right track with both the first and second above-mentioned theories. It’s likely that these theories, combined, point in the right direction of the Rock and Vault’s true purpose. However, knowing Christopher, there’s a lot more here than meets the eye.

Questions to Ponder in the Comments Below