Book Expo America is known for its free books, cluster of publishers and authors galore. But one of the most exciting elements of the convention is largely unknown: publishers can throw some truly unique after-parties for their authors, accounts, and media. It’s a great time to mingle with colleagues, authors, and the people responsible for getting the books you read and enjoy out in public.

This year I was invited to the Random House Children’s Books BEA after-party, celebrating this year’s biggest RHCB authors, including Christopher Paolini, in attendance to promote Inheritance (Book 4)! The party was on The Intrepid – a retired aircraft carrier docked in the NY Harbor. Also in attendance were many familiar faces, including Tyra Banks, James Dashner, Lauren Kate, Michael Scott, N.D. Wilson, and more!

Arriving at the port that houses The Intrepid was quite the experience. A Random House party that I had attended prior to the Eldest release was on a cruise boat through NYC harbor. I was expecting similar this year and looked at the cab driver as if he had two heads when he pointed to the carrier and announced, “that’s your stop”. I was a bit early, though I had the chance to meet one of the New York PBS producers while waiting for the event to begin.

The party kicked off around 6 pm and the waiting attendees – including a mix of authors, publishers, publishing house employees, book sellers, and librarians were ushered through the gate into the guest list check and then sent up stairs to The Intrepid’s deck. 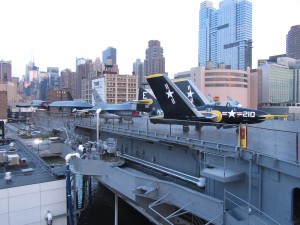 The party itself was held on the inside of the boat due to fears of thunderstorms. The interior was incredible; picture a restored aircraft carrier gutted of all of its usual features, filled instead with hundreds of book consumers, dozens of retired and restored aircraft, and music. The atmosphere was fantastic – any time you throw a group of passionate bookies together you’re bound to have a room full of interesting conversations and banter.

All of the RHCB authors were sat at tables placed randomly throughout the party floor. Attendees were given RHCB baseball hats to have signed by each author and were free to meet, greet, and grab autographs from those in attendance. Christopher Paolini’s table was near the “stage”, located next to a retired Blackhawk helicopter. Directly next to Christopher was Tyra Banks’ booth. And would you believe it… Christopher’s table consistently had more fans!

Chip Gibson, CEO of Random House Children’s Books, opened the party following brilliantly-themed air force music with a hilarious and welcoming speech, during which he introduced each author in attendance. The authors were brought up on stage individually and were each given a military rank by Mr. Gibson. Christopher was introduced last and was the “highest ranking” of the party, coming in as Major General Paolini. The roars, claps, and cheers for each author were incredible – you’d have thought you were at a rock concert.

The atmosphere of the party was truly enjoyable and the dozens of people I had the pleasure of meeting were friendly and clearly passionate about their various lines of work. I had another opportunity to chat with Michael Scott, author of The Secrets of the Immortal Nicholas Flamel, who has found fame on Shur’tugal over the years for his incredible YA fantasy novels. His latest book in the series, The Warlock, hit stores today.

I also had a chance to meet Tyra Banks, Lauren Kate, Mary Pope Osbourne, and James Dashner. Each author signed hats for me – one of which will be given away to a lucky visitor of Shur’tugal – and were enthusiastic when told about Shur’tugal and Lytherus.

The party was supposed to end around 8 pm, but as all good parties often do, the event ran well past its official “end time”. Most of the authors and lingering attendees, including myself, headed up to the carrier’s flight deck, where even more restored aircraft sat. A beautiful NYC sunset lit the sky behind the carrier as we took many pictures together and individually with the aircraft. 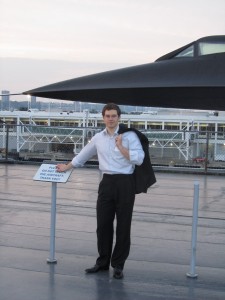 Inheritance fans will be thrilled to hear that the general buzz about this year’s big release at Random House – Inheritance — was fantastic. This is going to be an incredible year for fans of the Cycle, with Christopher releasing the final installment of the series, heading on a promotional tour following its release, and an incredible line-up of exclusive promotions planned for Shur’tugal.

Today was only the first of three days at Book Expo America and so much more is yet to come. Christopher’s public event at the Apple Store, where he’ll be releasing a never-before-seen excerpt from Book 4, takes place tomorrow evening. Shur’tugal will be there covering the event live! We’ll also have the excerpt for fans of the website as soon as we get back to basecamp.

Exclusive Reveal of New Chapter from Book 4: "Into the Breach"

The new Disney+ trailer for ‘Percy Jackson’ has us hopeful for the Eragon TV show!

The new Disney+ trailer for ‘Percy Jackson’ has us hopeful for the Eragon TV show!